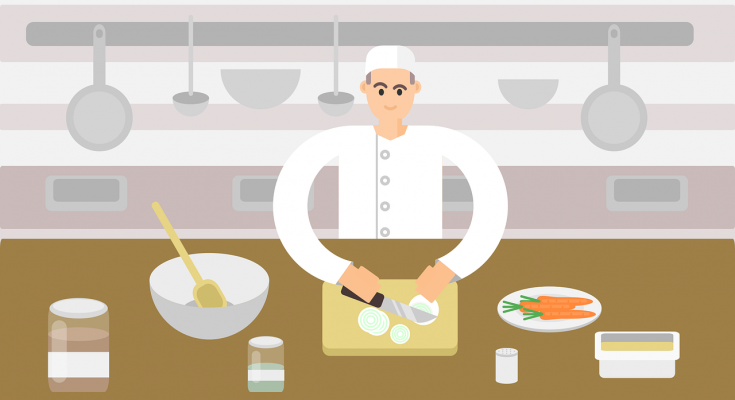 Thai chef Kann ‘Superhands’ Trichan raises the temperature in his makeshift kitchen by abandoning traditional kitchen tools in favour of using his fingers. 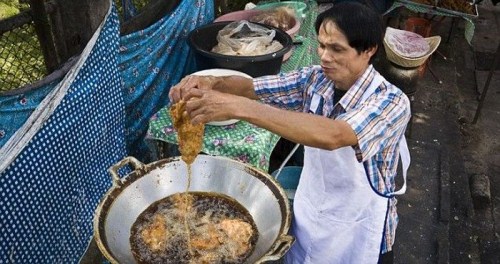 He scoops out the red-hot pieces of chicken deep fat frying in front of stunned customers and somehow avoids life-long injuries. 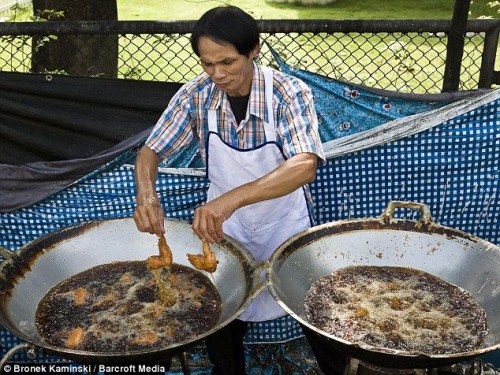 Kann started experimenting by picking out pieces of fried chicken from a pan of hot fat. 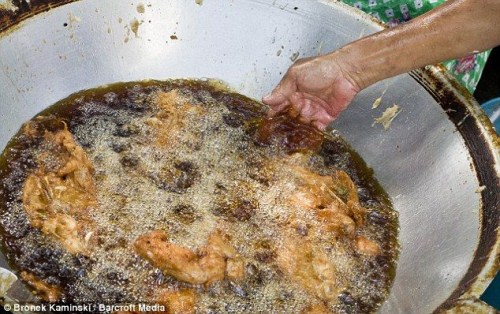 Kann, 50, can even sieve fried chicken with his fingers and holds the Guinness Book of World Record for picking 20 pieces of fried chicken out of 480C (896F) boiling fat in one minute.
Over the last seven years Kann has become an international star and travelled the world with his wife, Tuan, 45, showcasing his skills.